WASHINGTON, DC – In my commentary last week entitled, US mid-term elections: a defining moment for the World, I pointed out that no less a person than Joseph R Biden Jr, the President of the United States of America, proclaimed that democracy is at stake in his country. 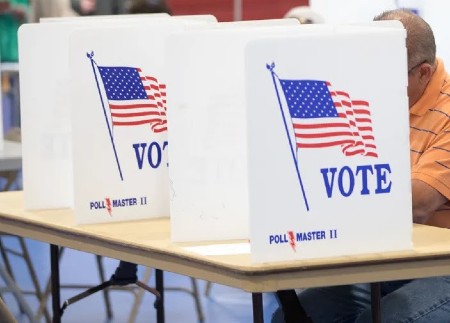 President Biden was not alone in this judgement. Many others, including former President Barack Obama, former and current members of the U.S. Congress, media commentators and academics voiced the same opinion. They all cited many occurrences and public statements by leading far-right figures in the Republican party, including candidates for election to the House of Representatives and the Senate at the mid-term elections for which voting culminated on November 8.

Amongst the matters for deep concern were voter intimidation, death threats and physical assaults on high-profile politicians, most particularly on the husband of Nancy Pelosi, the then Speaker of the House.

On election day, there were many instances of voters abandoning their right to vote because they were terrified at the menacing presence of armed persons gathered around the polling stations.

All these factors played a part in the mid-term elections, whose final result is still unknown as this commentary is being written two days after all the votes were cast. Control of the House of Representatives and the Senate is not yet decided. With a run-off to be held in Georgia for its Senate seat, it will be December before control is settled. As for the House of Representatives, it appears fairly certain that the Republicans will win the 218 seats required for a slender majority.

The leaders of the Democratic Party, including President Biden, are taking comfort that an enormous swing to the Republican Party did not happen, despite the toxic atmosphere in which the mid-term elections were held. The Republicans will have only a slender majority in the House and may yet not gain control of the Senate which could revert to the 50-50 spilt that obtained over the last two years.

Indeed, even with all the results not yet certain, President Biden is being praised for success in containing an increase in the Republican’s numbers in Congress. Biden has fared far better in his first midterms than the two most recent Democratic presidents, Barack Obama and Bill Clinton, did in theirs. In this case, it would be fanciful to write his political obituary.

The Biden Administration will face opposition in the House if the members of the Republican Party vote in concert to block legislation.  Similarly, unless the Senate passes to Democratic control, or remains equally divided between the parties as it is now, giving Vice President Kamala Harris a casting vote, it can also frustrate President Biden’s legislative program. But none of this is a foregone conclusion.

In these mid-term elections, the expected large victory by the Republicans did not occur for many reasons. One of them is clearly an objection, by a large number of voters, to the tactics of intimidation by the far-right that was encouraged by Donald Trump. This includes the January 6, 2021 mob attack on a joint session of Congress that sought to prevent the formalization of Biden’s victory in the 2020 Presidential elections.

The failure of the Republicans to win a wide sweep of victories is also a rejection by many voters of the persistent claims of Mr. Trump and his principal advocates that the 2020 election was fraudulent – a claim he repeated about the November 8 mid-term elections where some of his sponsored candidates lost, including, famously, the TV personality, Dr Oz. At the end of the day, the body politic of the United States placed great value on the democratic principles that they believe are important to them.

Two other factors would have influenced votes against the Republicans.  One is the strong objection by women against the official Republican stance against abortions – not only the considerable feminist movement but also the sentiment of a large number of women who insist that they should have the right to choose whether or not to have an abortion. These groups of women turned toward the Democratic Party.

The second issue is the mindless support of the Republican Party for the gun lobby, which insists on retaining permissive policies on buying and carrying guns. The recent spate of attacks on schools and murdering of children influenced votes for the candidates of the Democratic Party who advocate stricter gun control.

Exit polls, conducted by the Pew Foundation, suggest that the rapid increase in consumer prices was the top issue for only 32% of voters.  Many voters would have voted against the government for this reason, but others would have calculated that the high prices of oil and foodstuffs, the increase in interest rates and the cost of borrowing and mortgages is a worldwide phenomenon, resulting from the COVID-19 pandemic and Russia’s war against Ukraine. The Republicans failed to make this issue a dominant reason for voting against the Democratic administration of Joe Biden.

Preliminary figures indicate that around 115 million votes were cast in the midterm elections. The number will rise when all the votes are counted, but even if it is marginally more than the preliminary estimate, it is a high voter turnout even in the face of intimidation and threats.

In the end, despite the continuing efforts to disrupt the rule of law and democratic practices and institutions, the voters in the U.S. chose balance and rights, but it is doubtful that this will stop the autocratic rhetoric that continues to be the bully pulpit of those who want a different America.

Mr. Trump is expected to announce his run again for the Presidency if he has not done so by the time this commentary is published. But the mid-term results are already not what he expected. He failed to gain the wide support he wanted to underpin his declaration to “save America”. The opposite happened.

Sir Ronald Saunders is Antigua and Barbuda’s Ambassador to the United States and the Organization of American States.