VIENNA, Austria – A determined Jamaica side held World Cup hosts Qatar to a 1-1 draw behind closed doors on Friday to wrap up their involvement in a four-nation tournament in the Austrian capital. 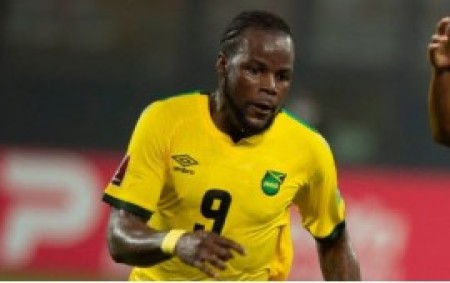 Jourdaine Fletcher.Jourdaine Fletcher gave the Reggae Boyz the lead on 70 minutes, but Khaled Muneer equalized seven minutes from time as the new-look Jamaica squad ended the tournament with one draw and one defeat – a 3-0 reverse against Morocco – after Ghana arrived too late for the scheduled opener.

National senior men’s stand-in head coach Merron Gordon said he was pleased with the threat his inexperienced team – captained by Adrian Mariappa, a defender with Australian club Macarthur –  showed in front of goal.

“I think this was not only me but the technical staff planned this out in terms of tactically how we were going to approach the game,” Gordon was quoted as saying by the Jamaica Gleaner.

“I think we got it right the last time [against Morocco]; we were just unfortunate. So we knew as long as we could build on that, we could get it right [against Qatar],” Gordon said.

“Probably with a little bit more concentration, we wouldn’t have given up that goal and we would have won the game. We are an emerging country in terms of football and for us to come here and compete against them like this, showed grit and determination from the boys.”

The Jamaica Observer quoted Gordon as saying: “You look at this Qatar team with all the resources in the world. We are an emerging country in terms of football.

“For us to come here and compete with them like this today, it shows grit and determination from the boys.”

Jamaica’s next official game will be against Argentina on September 27 at the Red Bull Arena in New Jersey.