US Urged to Address Injustices Against Afro-Guyanese Citizens in Guyana

NEW YORK, New York – Over 80 Guyanese nationals, including legislators, lawyers, community activists and trade unionists, have written to United States Vice President, Kamala Harris, requesting that the Joe Biden administration intervene urgently in addressing what they describe as “escalating social, racial, economic and political injustices” against Afro-Guyanese and others who do not support the ruling People’s Progressive Party (PPP). 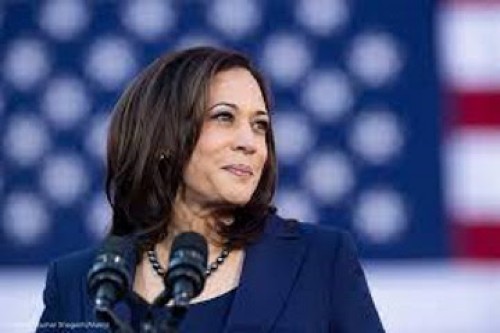 US Vice President Kamala Harris (via CMC)The Guyana government has in the past denied such accusations with President Irfaan Ali saying earlier this month that that there are a small number of people, who continue to peddle racism and discrimination.

In their letter, a copy of which has been obtained by the Caribbean Media Corporation (CMC) on Tuesday, the Guyanese nationals are also urging the intervention of several regional and international institutions, including the US Congress and the Congressional Black Caucus; CARICOM leaders; the European Union as well as the United Nations, the Commonwealth and the African Union.

“We, the undersigned organizations and individuals, are gravely concerned about the escalating social, racial, economic and political injustices levelled at African Guyanese and others who do not support the governing People’s Progressive Party (PPP) regime of Guyana.

“These injustices have moved beyond geographical borders to Guyanese living in the Diaspora, particularly those who vociferously denounce these atrocities.

“The situation has recently ballooned to unimaginable proportions with PPP activists extending their malice beyond Guyana’s borders and into the Diaspora, towards President of the US-based Caribbean Guyanese Institute for Democracy (CGID), Rickford Burke,” they wrote.

“The Guyana Police Force has twice recently issued malicious wanted bulletins for him, all within a 12-month period, devoid of lawful justification.  Undoubtedly, the rights of citizens and the rule of law are under siege in Guyana, and it must be noted that these threats are vile in nature and pose a danger, not only to Mr. Burke, but to humanity everywhere”.

The letter notes that Guyana’s oil and gas wealth has placed the country among the world’s fastest-growing economies which have attracted multinationals and transnational corporations like Exxon Mobil and Hess, among others.

“Sadly, the vile acts of discrimination adopted by the government have shut out a large portion of the citizens from enjoying the benefits of the nation’s oil wealth and national patrimony.”

The letter alleges that “economic genocide is now prevalent and those unwilling to ‘toe the line’ in adherence of the regime’s autocratic governance are ostracized, marginalized and victimized.

“Private businesses are persecuted for advertising with media houses deemed unsupportive of the government. Further, organizations that rely on state subventions (grants) and contracts, are punished and defunded if perceived to be non-compliant with the ruling PPP and its political objectives.”

Its secretary Lelon Saul said that “the situation might not have been so horrendous but for the fact that it is engineered and fueled by the national government, the group of people vested with the power and tools to protect the rights of the citizens.

“To say that Guyana is on the brink of civil unrest is mildly describing the situation. We believe that the Government is deliberately setting the stage for civil unrest, an occurrence that may only serve to compromise our fledgling democracy and create chaos and loss of innocent lives.

“We are, therefore, appealing to you, kind ladies and gentlemen, to use your high offices to influence the requisite changes that can only serve to rectify the situation, so that all Guyanese can once again enjoy peace, goodwill and the patrimony of this dear land,” he added.