KINGSTON, Jamaica – Senators from the main opposition People’s National Party (PNP), on Friday maintained their stance and voted against an extension of the states of emergency declared in seven parishes islandwide. 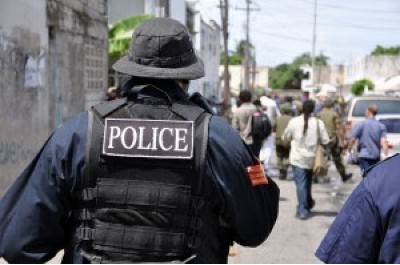 Photo via CMCThis was despite an impassioned plea by Leader of Government Business in the Senate, Kamina Johnson Smith.

Based on the decision made by the opposition , the states of emergency will  end on Tuesday.

The government needed the support of at least one opposition senator in the Upper House to approve the extension.

But after several hours of debate, all eight opposition senators voted against the measure.

Reacting following the vote, Prime Minister Andrew Holness said he was “very disappointed the opposition could not find it within themselves to support the saving of innocent lives, utilizing a tool that is constitutionally provided for”.

But he said the government will continue to “use the resources at our disposal” and “spare no effort” to keep Jamaicans safe, spare Jamaican lives and, go after criminals.

Holness thanked members of the security forces who he said “worked very hard during the SOEs”, adding that while they are also disappointed by the decision, they will continue to work harder to ensure that Jamaica is safe and secure.

Earlier this week, Holness predicted an increase in murders over the next several weeks with the onset of the holiday season, when violent crime typically spikes.

In addition, Commissioner of Police Antony Anderson said 1,360 murders were registered in the country between January 1 and November 13, an increase of 6.8% over the same period in 2021.

States of emergency give authorities increased powers, including the ability to search buildings and carry out arrests without warrants.