Jamaican Government Preparing Legislation That Will Give Harsher Sentences for Murder 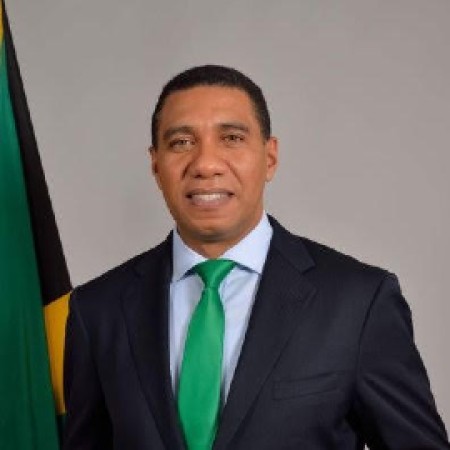 Prime Minister Andrew Holness“My thoughts on the matter, though not yet finalized, is that we should give 30 years minimum for murder. The Minister of Justice has been directed to bring forward these changes immediately,” he told the House of Representatives.

“We may not be able to catch this year, but early next year we will be coming to the House with amendments to the penalty for murder.”

He was opening the debate on resolutions to extend the States of Public Emergency (SOEs) that were recently declared in the parishes of Clarendon, St. Catherine, St. James, Westmoreland and Hanover and specified areas of Kingston and St. Andrew.

The Government used its majority to approve the extension, which requires a two-thirds majority.

Holness also informed that the Enhanced Security Measures Act (ESMA) is now being drafted and a Cabinet submission is expected by the end of December for tabling in Parliament early next year.

“This Bill will include provisions for detention, for the establishment of a criminal watch list and the use of control orders. We have been speaking about the ESMA for a very long time,” Holness said.

On the matter of the Bail Act, he said a Joint Select Committee has been appointed to review the legislation, which is expected to come into effect early next year.

He said the first committee meeting was held on November 3, and members of the public are being asked to make suggestions regarding the Bill by November 30, 2022.

Meanwhile, the Prime Minister revealed that the Fingerprint Act, which was enacted in 1936 to facilitate the identification of criminals, will be reviewed.

“Currently, it is easier to get a DNA sample than it is to get a fingerprint. The Act is old and outdated and it doesn’t contemplate the new technologies that exist,” he said.

Holness noted that a new Act will be brought to Parliament immediately to be tabled.

“This will be done to expand powers to the courts to order the taking of fingerprints and photographs for several offences, which were not covered under the old Fingerprint Act,” he said.

The resolutions to extend the SOEs will be debated in the Senate on Friday. The Government needs at least one Opposition vote in the Senate to achieve a two-thirds majority.