KINGSTON, Jamaica – The Jamaica government says it will consider imposing states of emergencies (SOE) in seven parishes across the island, even as the main opposition People’s National Party (PNP) insists there is no reason for the government to suspend the basic human rights of half the Jamaican population where states of emergency have been declared. 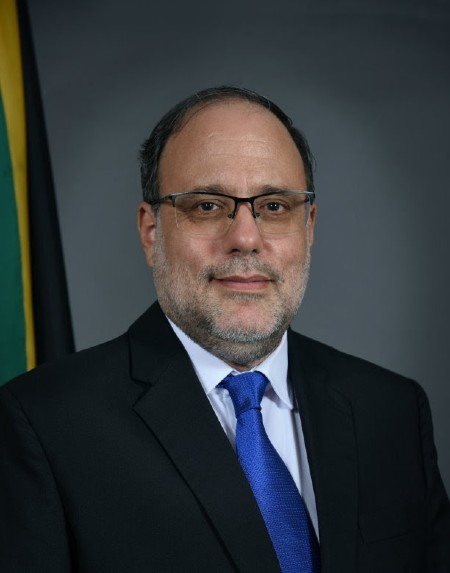 Opposition Leader Mark Golding (via JIS)Government failed last Friday to get support in the Senate for extending the SOEs in the seven parishes that expired at midnight on Monday.

Prime Minister Andrew Holness, speaking at a central executive meeting of the ruling Jamaica Labour Party (JLP) on Sunday, said that the question has been asked, ‘Why not call another State of Public Emergency?’

“That has to be considered carefully. I would say it is not off the table, but we will consider it very carefully. If circumstances give rise to it, if we see that our resources are stretched, if we see a spike buffering, if actions are taken or threatened to be taken that will substantially create a threat to public order and lives, this Government will act,” Holness said.

The Prime Minister told supporters that the SOEs have been achieving its purpose noting that there had been a significant decline in murders in the first week of the measures being implemented.

Holness said there were no murders recorded last Thursday and that the security forces “are terribly disappointed” at the prospect that they will no longer have the extraordinary powers of detention with which SOEs endow law enforcers.

More than 300 people detained, without charge, will be released.

“We’re going to do our best, in addition to keeping track of those we did not get into custody, keep this murder rate down this Christmas season, so that every Jamaican can enjoy the season, and at the same time, maintain public order in our squares, in our commercial districts, around our banks and other financial institutions, around our markets, and in our urban and rural township centers,” he said.

But Opposition Leader, Mark Golding, Sunday re-emphasized that there is no reason for the SOES to deal with approximately 300 alleged violence producers.

Speaking to reporters after the PNP’s national executive council meeting, Golding said that a legal procedure can be developed and enacted quickly whereby law enforcement can apply to the Supreme Court for an ex parte order providing supporting affidavit of credible intelligence that justifies immediate detention of presumed high-risk criminals.

He said that a pre-charge detention order could be sought to protect the public against a credible risk of serious violence.

“I am of the view that pre-charge detention is warranted in Jamaica’s present context in relation to known violence producers who have been identified by credible intelligence as posing a realistic danger of imposing serious violence on one or more individuals or the community,” Golding said.

He told reporters that the ex parte order, once granted, will allow seven days’ initial detention along with provision for a further 14-day extension and up to 42 days. At each interval, law-enforcement agencies would need to satisfy the court that progress was being made in building a case that supported criminal charges.

Golding said the procedure should be limited in time so that after 49 days from the initial detention, criminal charges must be laid or the person must be released. He also called for a specific case-management judge be assigned to this process.

“In my view, this is a proportionate response to protect Jamaica’s free and democratic society from the chronic and worsening problem of serious crimes and murders,” Golding said, accusing the government of disrespecting and showing open aggression to the Opposition for standing up for the rights of the Jamaican people and upholding the Constitution.