GEORGETOWN, Guyana – The Guyana parliament has given the green light to legislation that government legislators say will support the efforts of the Irfaan Ali administration to provide reliable energy and transform production in several sectors. 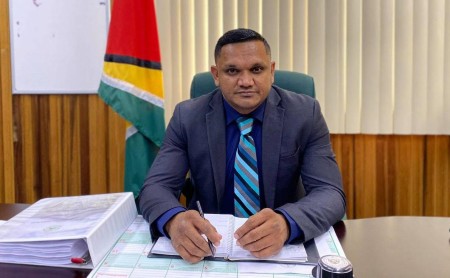 Bharrat told legislators that the amendments will also allow for two key activities in the development of Guyana’s oil and gas infrastructure, namely the laying of ExxonMobil’s fiber optic cable and the pipelines for the gas-to-energy project at the developing Wales Development Authority (WDA), on the West Bank of Demerara.

The government used its majority to deny amendments that had been tabled by former minister of public infrastructure, David Patterson, with Bharrat noting that the 1986 Petroleum Act does not make provisions for fiber optic cables laying onshore.

“And, as part of safety guidelines, laying such pipelines must be done with adequate spacing from places where people occupy,” he said, adding “what they (ExxonMobil) will do is run that fiber-optic cable on state land…which is, of course, no harm to residents living close by”.

“I’m sure this will add to the whole transparency and accountability of the sector,” he said.

The government has also indicated that the amendment makes provisions for the government to acquire privately-owned lands for use in the laying of pipelines for the gas-to-energy project, even though Bharrat said that the government will try to use state lands as much as practically possible.