GEORGETOWN, Guyana – The Guyana government Wednesday said it “firmly rejects” an agreement signed between the Venezuela government and an opposition party in the South American country formally agreeing to unite on the question of the longstanding claim to the ownership of a large swath of Guyana. 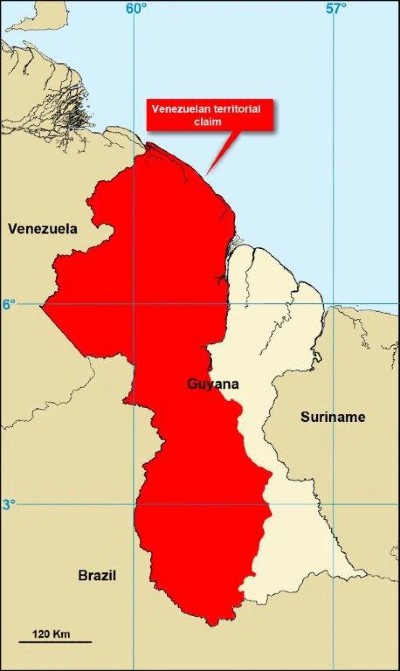 Georgetown said that the agreement between the Nicolas Maduro government and the Unity Platform of Venezuela was signed in Mexico City on Monday.

“That agreement is an overt threat to the sovereignty and territorial integrity of Guyana,” the Ministry of Foreign Affairs and International Cooperation said in a statement.

“Guyana cannot be used as an altar of sacrifice for settlement of Venezuela’s internal political differences. While the Government of Guyana welcomes domestic accord within Venezuela, an agreement defying international law and process is not a basis for mediating harmony,” the statement added.

It said that “the controversy between Guyana and Venezuela is properly before the International Court of Justice and will remain there for peaceful resolution”.

Guyana has on several occasions cautioned Caracas against using the border claim to the mineral, forest and oil-rich Essequibo Region as a negotiating center-piece while violating International Law.

Under the first partial accord, the parties came together around Venezuela’s historical claim to what it calls the Guayana Esequiba, territory which includes offshore oil acreage controlled by Guyana.

The United States (US) has openly recognized Guyana’s existing borders. An ExxonMobil-led consortium is currently producing some 120,000 barrels per day of crude from the Stabroek block in the disputed region, and forecasts reaching 800,000 barrels per day in 2025, surpassing Venezuela that once produced three million barrels per day and is now only pumping around 500,000 per day.

Guyana officials have in the past expressed confidence that the International Court of Justice (ICJ) would rule in Guyana’s favor that the 1899 Arbitral Award, which settled the boundary between then British Guiana and Venezuela, remains valid.