ROSEAU, Dominica – Prime Minister Roosevelt Skerrit has defended his decision to call a snap general election on December 6, two years ahead of the constitutional deadline, dismissing opposition allegations that he is moving towards establishing a dictatorship government in Dominica. 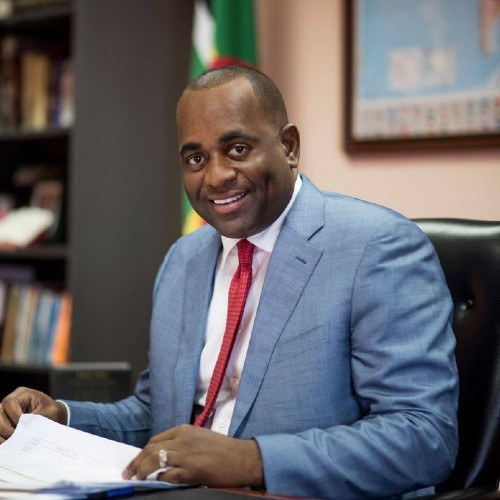 Prime Minister Roosevelt SkerritThe two main opposition parties – the United Workers Party and the Dominica Freedom party (DFP) – are boycotting the election claiming that promised electoral reform has not materialized. They are urging citizens to boycott the elections until Sir Dennis Byron, the former president of the Caribbean Court of Justice (CCJ) completes his assignment as the sole commissioner advancing the efforts towards electoral reform.

Sir Byron had proposed presenting the first phase of his report by the end of November with the Parliament tabling the Register of Electors legislation in December and the plan to enact it in January 2023.

Sir Dennis had written to Prime Minister Skerrit, as well as the Opposition Leader, Lennox Linton, indicating that he was “working towards expediting the presentation of my Recommendations for the improvement of the Electoral Process in the Commonwealth of Dominica”.

In the November 6 letter, which was also sent to the leader of the United Workers Party (UWP) and copied to the chairman of the Electoral Commission, Duncan Stowe, the prominent international jurist with over 50 years of judicial and related experience, explained also that he would be presenting the report in two phases.

“Phase I will deal with the Registration of Electors and Phase II with the Election Process,” Sir Denis wrote in the letter a copy of which had been obtained by the Caribbean Media Corporation (CMC), adding “I am in the final stage of the Phase I report”.

But as he addressed a political meeting of his ruling Dominica Labour Party (DLP), Skerrit, 50, who became Prime Minister in 2004, said Dominica is not the first country in the Caribbean to call a snap poll.

“All of a sudden, all sorts of strange things could happen in Dominica because the opposition has stood out of the elections. Why is it that people believe that Dominica and Dominicans are incapable of acting and behaving normal?

“You know I take great offence at the actions and attitude towards us in Dominica. Giving one party 21 seats in Dominica pout democracy at risks they say. But a party in Grenada won all the seats, not once, not twice, butt three times over the years and democracy has never been under threat in that country.

“The incumbent government in Barbados has won two consecutive elections with a clean sweep of the Parliament on each occasion and democracy is not under siege. But in Dominica an opposition party that has lost five consecutive general elections, chooses three years into the term to get rid of its leader, to break itself into factions and to choose leadership candidates…and I am a villain for calling an election when the opposition  has its pants off,” Skerrit told supporters.

In the 2019 general election, the ruling DLP won 18 of the 21 seats in the Parliament with the remaining three going to the UWP.

Skerrit is among six DLP candidates that have already been declared winners in the December 6 poll with the Electoral Office announcing that 45 candidates will contest the remaining 15 seats at stake.