GEORGETOWN, Guyana – Belizean Dr. Carla Barnett is to be installed as the Caribbean Community’s (CARICOM) first woman Secretary-General on Monday. 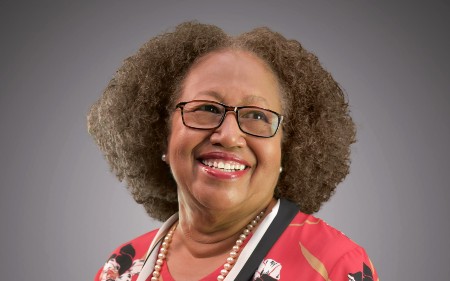 Incoming CARICOM Secretary-General Dr. Carla Burnett.The installation ceremony will begin at 10 a.m., during which Dr. Barnett is expected to outline her vision and indicate the matters that will occupy her immediate attention.

The Chairman of CARICOM, Prime Minister Gaston Browne of Antigua and Barbuda, will welcome the new Secretary-General and bring greetings from the Conference of CARICOM Heads of Government.

Dr. Barnett has served in the past as the first woman and the youngest person appointed as Deputy Secretary-General of CARICOM (1997-2002).

She is an economist who has also broken other barriers while working across the English-speaking Caribbean, including becoming the first woman appointed as Deputy Governor of the Central Bank, and as Financial Secretary, in Belize.  She also worked at the Caribbean Development Bank as Country Economist and Vice President, Operations.

The incoming Secretary-General is a long-time advocate for gender equality, “not only because it is the right thing to do to create a more stable and equitable society, but also because gender equality is good economic policy”.

Dr. Barnett takes over from Dominican economist Ambassador Irwin LaRocque who served from 2011-2021. She will become the eighth Secretary-General of CARICOM and its predecessor, the Caribbean Free Trade Association (CARIFTA).