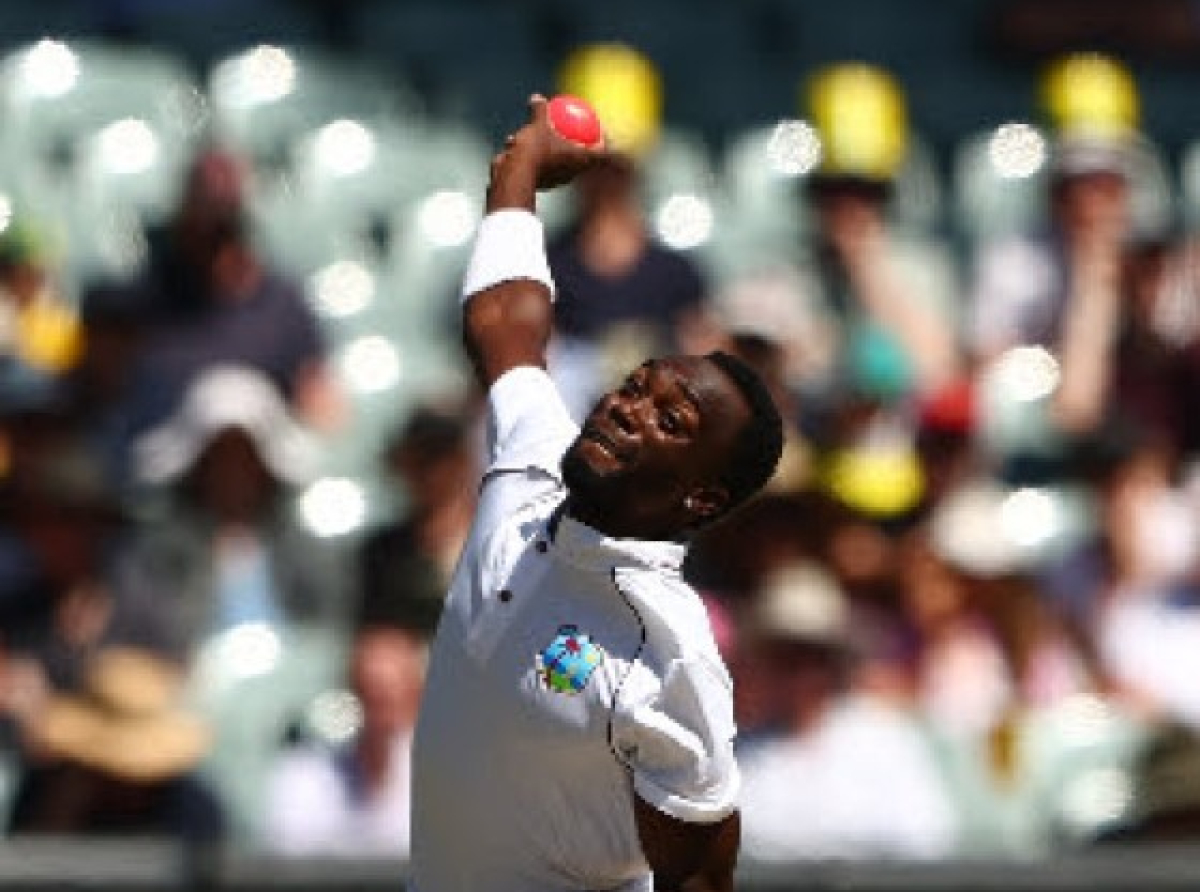 Asked to bowl first in the day-night affair at Adelaide Oval, a depleted West Indies attack shorn of its leader in veteran seamer Kemar Roach, struggled for impact on a flat surface and watched as Australia raced to 330 for three at the close.

Labuschagne, with 204 and an unbeaten 104 in last week’s first Test in Perth, continued his domination with an unbeaten 120 while the left-handed Head, who missed out with 99 in that game, finished the day on Australia’s south coast with 114 not out.

Both cashed in on a greenhorn West Indies attack, rejigged due to injury. Roach, who struggled with a hamstring in the first Test, never made the cut and neither did Jayden Seales nor all-rounder Kyle Mayers.

And with batsman Nkrumah Bonner also ruled out after suffering a concussion last week, it meant West Indies were forced to hand Test debuts to batsman Devon Thomas and fast bowler Marquino Mindley, the latter of whom only arrived in Australia 48 hours earlier as injury cover.

And West Indies paid a heavy price for Mindley’s inclusion, the 27-year-old limping off the field after just two unflattering overs, clutching at his right hamstring.

Australia-based batsman Omar Phillips, who featured in two Tests for West Indies 13 years ago, had been earlier drafted into the squad as an emergency fielder just prior to the start of the Test.

But with the 36-year-old, a player/coach for Mores in the Victorian Sub-District Cricket Association, having not yet arrived in Adelaide, Seales and Mayers were forced into cameo roles as substitutes to bail out their ailing side.

Thomas, too, had to be pressed into service for his unheralded medium pace which had previously yielded only 20 first class wickets, the right-armer sending down nine overs and claiming the wicket of opener Usman Khawaja for 62.

“It’s been a tough week, trying to make sure that we had a balance with the squad especially with the amount of injuries we had,” lamented head coach Phil Simmons.

“This morning we started well. I think we still bowled well. Losing one of the bowlers wasn’t part of the plan so I think commendations must go to the rest of the bowlers for picking up the slack and trying to do well.

“Mindley, he has maybe a little strain in the hamstring but he’s going for a scan so we’ll find out for sure.”

West Indies actually made an encouraging start, Alzarri Joseph claiming the dangerous David Warner to a catch at the wicket for 21 in the ninth over, after the veteran left-hander had added 34 for the first wicket with Khawaja.

Things quickly went downhill from there on, however. Seamer Jason Holder offered little with the new ball, off-spinner Roston Chase was wheeling away by the 10th over and Mindley sent down three no-balls in his brief spell before disappearing following the first over after the first drinks break.

And with 26-year-old pacer Anderson Phillip, in only his second Test, having little impact, the irrepressible Labuschagne joined Khawaja combined to add 95 for the second wicket in a stand which took the Aussies to lunch on 89 for one.

Thomas proved the unlikely hero, getting the breakthrough on the stroke of the hour after the interval when he gained an lbw judgement against Khawaja, after the Queenslander had faced 129 balls and struck nine fours.

West Indies enjoyed perhaps their best period then, Holder getting Steve Smith to lob a return catch in the next over without scoring as Australia slipped to 131 for three.

That was the last sign of success for the visitors, Labuschagne and Head putting on 199 in an unbroken fourth wicket stand.

Labuschagne emerged from a slow start to hit 11 fours in 235 balls at the crease while Head pleased his home crowd in a 139-ball innings which included a dozen fours.