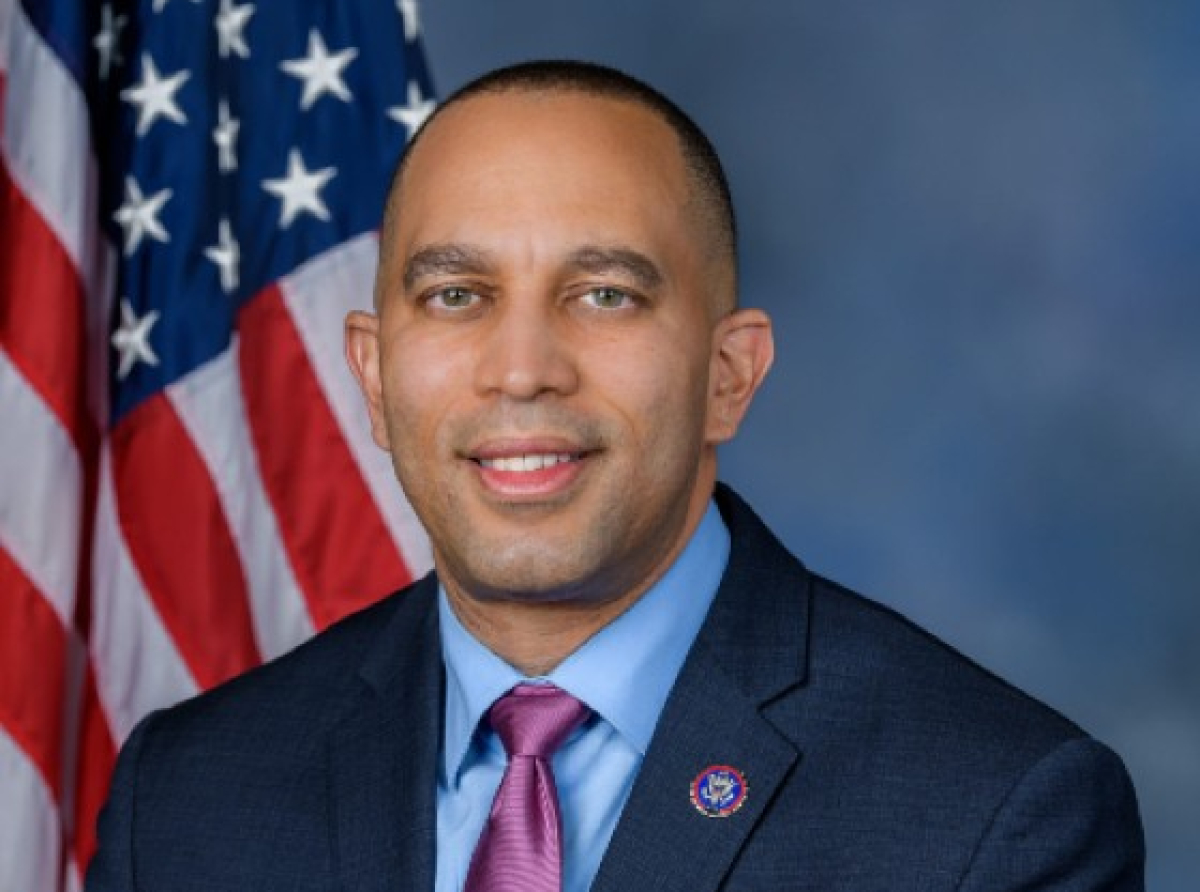 “Representative Jeffries, whose Congressional District 8 overlaps with the Assembly District 42 I proudly represent, has been a staunch ally for our community,” the New York State Assemblywoman, told the Caribbean Media Corporation (CMC).

“I wholeheartedly welcome the prospect of Representative Jeffries becoming the House Democratic Leader and am confident he’ll usher in a new diverse era of leadership in Congress to lead America – and Brooklyn – forward,” added Bichotte Hermelyn, whose 42nd Assembly District in Brooklyn is predominantly Caribbean.

She said Jeffries has “dedicated his entire career to uplifting Brooklynites, and his remarkable rise from humble roots to chair of the House Democratic Caucus is a testament to his skilled leadership, legislative abilities and keen understanding of the needs of his constituents.”

Bichotte Hermelyn, the daughter of Haitian immigrants, said that Pelosi has been “a pioneering, accomplished and graceful leader.

“As the first woman speaker of the House, she has steadfastly led our nation forward with stability through multiple crises and turmoil, and has bettered the lives of all Americans,” the Brooklyn Democratic Party leader said.

“I thank Representative Pelosi for her dedicated service, and look forward to her continued accomplishments as she continues to serve as congresswoman.”

Jeffries, 52, whose 8th Congressional District comprises large parts of the Caribbean community in Brooklyn and a section of Queens, New York, has announced his bid for the US House of Representatives Democratic leader.

If he wins, he would become the first Black man to hold the top party leadership role in both chambers of the US Congress. Currently, there are no challengers for his bid.

Jeffries has lauded Pelosi as “the most accomplished Speaker in American history, and our country is unquestionably better off for her extraordinary leadership.

“Speaker Pelosi’s policy achievements will be felt for generations. Nelson Mandela once said that ‘there can be no keener revelation of a society’s soul than the way it treats its children. Her legacy of fighting for children has left an indelible imprint of meaningful progress in the fabric of our nation,” Jeffries added.

“Nancy Pelosi’s historic ascension to become the first woman Speaker of the House will forever inspire our nation on the power of possibility. “It has been a tremendous honour to twice place her name in nomination for Speaker of the House on behalf of the Democratic Caucus,” he said.

Jeffries, who was born in Brooklyn and raised in the largely Caribbean Crown Heights section of Brooklyn, currently lives in the Prospect Heights neighborhood of Brooklyn with his family.

Serving his fifth term in the United States Congress, Jeffries is a member of the House Judiciary Committee and House Budget Committee. He is currently chairman of the House Democratic Caucus, having been elected to that position by his colleagues in November 2018.

In that capacity, he is the fifth highest-ranking Democrat in the House of Representatives.

He is also the former Whip of the Congressional Black Caucus and previously co-chaired the Democratic Policy and Communications Committee where he helped develop the For The People agenda.

In the US Congress, Jeffries is considered “a tireless advocate for social and economic justice.”

Pundits say he has worked hard to help Brooklyn residents recover from the devastation of the COVID-19 pandemic, reform the criminal justice system, improve the economy for everyday Americans and protect healthcare from right-wing Republican attacks.

Since President Biden took office in January 2021, Jeffries said he has been “instrumental in House Democratic efforts to put people over politics by lowering costs, creating better-paying jobs and fighting for safer communities.”

In January 2020, Jeffries was selected by Pelosi to serve as one of seven House Impeachment Managers in the US Senate trial of President Donald Trump, becoming the first African American man to serve in that role.

Prior to his election to the US Congress, Jeffries served for six years in the New York State Assembly.

Jeffries obtained his bachelor’s degree in political science from the State University of New York at Binghamton, his master’s degree in public policy from Georgetown University in Washington, and his Juris Doctorate (law degree) from New York University School of Law.