MIAMI, FL – Miami Lakes resident Gloria Garcia, alongside her counterpart in Orlando Butch Rivera, was awarded the State Lead Ambassador of the Year (SLA) Award by the American Cancer Society Cancer Action Network (ACS CAN) in recognition of her efforts to help make cancer a national priority. 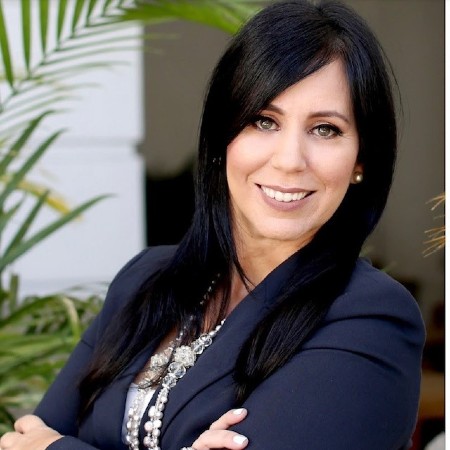 “Gloria and Butch are an unstoppable force in the fight against cancer,” said Lisa Lacasse, president of ACS CAN. “Together they have made significant strides in reducing the burden of cancer throughout Florida by pursuing innovative volunteer engagement activities, supporting strategic grassroots and legislative efforts and deftly representing ACS CAN in the media. We are immensely thankful for Gloria and Butch’s outstanding co-leadership and dedication to supporting public policies proven to save lives from this disease.”

Motivated to make her voice heard after the passing of her sister from breast cancer, Gloria has joined ACS CAN in 2019 and began serving as SLA in January 2021.

Already, she’s accomplished significant strides for the organization -- expertly and candidly, tying her personal passion with a superb ability to build a successful, highly respected volunteer team that has amplified the power of the American Cancer Society at-large.

“She’s built such strong relationships with lawmakers and their staff, they know her by sight,” noted Natalie Kliné, ACS CAN Florida Grassroots Manager on Garcia’s influence. “I knew from the moment she started she would be a force to be reckoned with, and yet somehow she continued to surprise me.

Most recently, Gloria led a statewide training with over 60 volunteers across the state. Not only did she get them fired up and ensure the volunteer voice was at the heart of the event, but Gloria went out of her way to congratulate other volunteers on their wins.

“She’s the type of leader to make everyone around her stronger and more confident,” added Susan Harbin Alford, ACS CAN Florida Government Relations Director, “Her incredible work the past year is why we are honored to call her our 2021 State Lead Ambassador of the year.”

The award was presented on Sept. 26 as part of the annual ACS CAN Leadership Summit and Lobby Day. Nearly 700 cancer patients, survivors and their loved ones, including Gloria, will meet virtually with their elected officials on Sept. 28 to urge them to make cancer a national priority.

On behalf of all families touched by cancer, ACS CAN thanks both Gloria for her incredible advocacy efforts that helps eliminate the burden of cancer in Florida and across the country.