Those of us who used to fly on Air Jamaica, the island’s national airline, one of the highlights of the journey was watching Island Stylee, the in-flight travel magazine show that welcomed us onboard. The visions of Caribbean destinations, cultural events, fashion and lifestyle was truly the beginning of our holiday. The man behind those welcoming scenes was video and television producer, Lukkee Chong. But, one could say Chong ‘buck up’ on the industry. 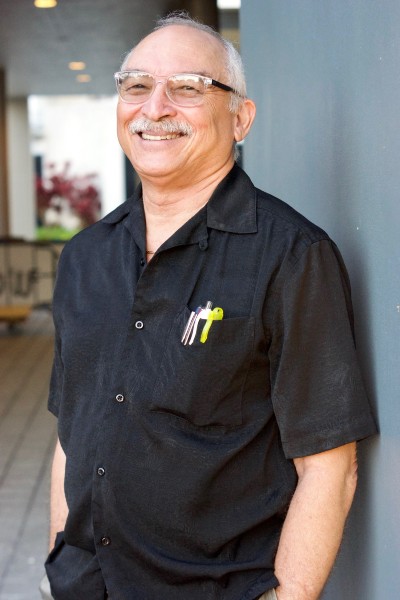 It was 1972 when Chong’s neighbour introduced him to Rupert Bent Sr, Chief Engineer at JBC (Jamaica Broadcasting Corporation) at the time. Bent arranged a meeting with Head of Engineering, Newton James, and things took a turn, cementing Chong’s future.

“I wanted to be a radio DJ because I was at the time part of a sound system called In Crowd Disco and was playing at parties almost every day. But,Newton James said ‘we don't have any space for a new disc jockey at JBC radio, but we do have an opening in television.”

“It was Friday October 17, 1972 that I showed up there in long sleeve white shirt and dress pants. I got laughed at immediately. They said, ‘roll up your sleeves young boy.’ I started at the bottom of the rung and that started my JBC journey in video production and it continues up to today,” Chong reminisced.

He learned the rudiments of sound mixing for television, camera work, and lighting. Chong found his ‘voice’, having gone to two high schools in Jamaica — first St. George’s College, where he was kicked out for non-performance, then Meadowbrook where headmaster Lloyd Chin became his mentor.

Chong would leave his cultural stamp on many television productions at JBC where he worked for a number of years. But, the time came for him to spread his wings as a freelance video production entrepreneur, which eventually led to a partnership with cinematographer and photographer Max Earle, and formalised as Frame by Frame Productions Ltd in the early 90s.

“Through Frame by Frame Productions, we have been involved in the production of commercials, documentaries, music tourism events for international television, the development and execution of Island Stylee travel magazine show which was shown on board Air Jamaica and on Directv in North America, and aired for several seasons on BET/BETJ, and the accompanying website www.islandstylee.com,” Chong explained.

“With Island Stylee, we wanted to show tourists, and returning Jamaicans, what they could do on land in Jamaica, and of course it spread to the rest of the Caribbean, covering the other Air Jamaica routes,” he added.

The Montegonian migrated to South Florida in the United States in 2001, bringing with him his strong cultural identity and the desire to celebrate Caribbean culture through his work.

Through Frame by Frame Chong is able to share his love for the Caribbean and partner with folks who share his passion. He has worked with Jamaican actors Oliver Samuels,  Leonie Forbes, Tony Hendricks, and so many others, “who have contributed their life and their time towards helping us to develop our culture.”

Chong is proud of his collaboration with Florida-based Island SPACE Caribbean Museum because of its mission to educate the public about the valuable contributions and positive significance of the Caribbean community. He is the audio/visual producer behind the scenes, helping to tell the stories of indigenous Caribbean culture and its peoples that must be told through their own voices.

Other projects underscoring his philosophy include an exploration of the Akan character Brother Anansi. Often described as a trickster, Chong is determined to show Anansi as a positive force against historic injustice through a creative animation concept unveiling Anansi through culturally authentic lens.

As well, his love of music will come through loud and clear with a new collaboration, 8 Bars of Soul featuring music from his era created and performed by a fully Black orchestra and singers put together by Antoine ‘Breadfruit’ Khouri, arranger and conductor. It’s all about showcasing our heritage Chong insisted.

“Culture is important to us, that is what gives us identity as a people. It’s important for us to make sure our identity stays intact, that we continue to find out where we are from, the lives of our ancestors, our ancestry. I am 90 percent African ancestry; there is a little filtering in of Chinese and European. I tell people I am the original mongrel,” Chong says laughing. “But seriously, I want our culture to reach the young generation while their minds are still in that formative phase, they are the future.”