GENEVA – The head of United Nations trade facilitation agency, UNCTAD, has warned that Caribbean and other developing countries face “impossible trade-off” on debt, stating that spiraling debt has compromised their chances of sustainable development. 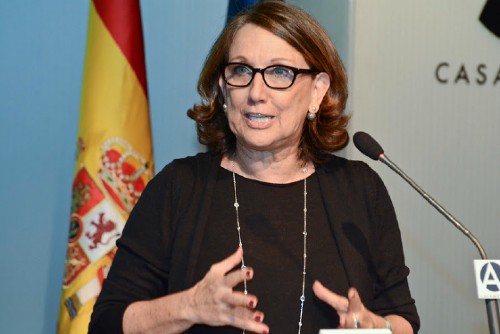 UNCTAD Secretary-General Rebeca Grynspan (via CMC)Speaking at the 13th UNCTAD Debt Management Conference here, Rebeca Grynspan said that between 70 and 85 per cent of the debt that emerging and low-income countries, such as those in the Caribbean, are responsible for, is in a foreign currency.

“This has left them highly vulnerable to the kind of large currency shocks that hit public spending – precisely at a time when populations need financial support from their governments,” she said.

Grynspan said that, so far this year, at least 88 countries have seen their currencies depreciate against the powerful US dollar, which is still the reserve currency of choice for many in times of global economic stress.

She said that, in 31 of these countries, their currencies have dropped by more than 10 per cent.

The three-day UNCTAD conference, which concluded on Wednesday,  took place as a wave of global crises has led many developing countries to take on more debt to help citizens cope with the fallout.

Government debt levels as a share of GDP increased in over 100 developing countries between 2019 and 2021, said UNCTAD. Excluding China, this increase is estimated at about US$2 trillion.

With interest rates rising sharply, she said the debt crisis is putting “enormous strain” on public finances, especially in developing countries that need to invest in education, health care, their economies and adapting to climate change.

“Debt cannot and must not become an obstacle for achieving the 2030 Agenda and the climate transition the world desperately needs,” Grynspan said.

UNCTAD advocates for the creation of a multilateral legal framework for debt restructuring and relief.

It said such a framework is needed to facilitate timely and orderly debt crisis resolution with the involvement of all creditors, building on the debt reduction program established by the Group of 20 major economies (G20) known as the Common Framework.

As debt burdens rise, UNCTAD said “developing country governments end up in a vicious circle, unable to invest in achieving the Sustainable Development Goals (SDGs) and grow their economies, making it even harder to pay their debts.

“If a country defaults, the terms of debt restructuring are usually set by groups of creditors competing to get the best terms, rather than giving priority to economic and developmental concerns, or how sustainable it is to keep up with payments,” it said.

UNCTAD said that if the median increase in rated sovereign debts since 2019 were fully reflected in interest payments, then governments would pay an additional US$1.1 trillion on the global debt stock in 2023.

This amount is almost four times the estimated annual investment of US$250 billion required for climate adaptation and mitigation in developing countries, according to an UNCTAD report.

At UNCTAD’s debt management conference, Barbados Finance Minister Ryan Straughn said the world needed to find a solution to the debt crisis “that allows countries to be able to continue to respond to the climate crisis without getting ourselves into trouble.”

“I need not tell you the difference between borrowing to build a school or polyclinic versus borrowing to build an airport or a seaport, which have totally different objectives,” he said in a statement delivered on behalf of Prime Minister Mia Mottley.

UNCTAD said it promotes multilateral solutions in the areas of capacity-building, debt transparency, and debt crisis resolution and relief.

The UN agency said it is supporting countries through its Debt Management and Financial Analysis Program (DMFAS), one of its most successful technical assistance initiatives.

Since its establishment over four decades ago, DMFAS has supported 116 institutions – mainly finance ministries and central banks – in 75 countries.

On debt transparency, UNCTAD said it supports the establishment of a publicly accessible registry of debt data for developing countries.