Tweaking Up the Tension

When I was a writing student in undergrad, my fiction professor's maxim was, "Tweak up the tension." It's taken me years to figure that out, and what I think it means is best exemplified in a few of my favorite books of late. 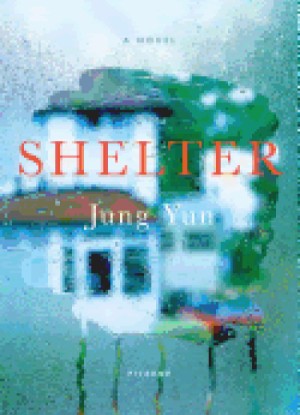 I picked up Shelter by Jung Yun (Picador, $16) several weeks ago, at first thinking that this would be a tense domestic drama about a middle-class family who are underwater on their home payments. To my utter surprise, it transforms into a gripping crime novel about a home invasion, and then shifts yet again into a deeply nuanced story about a family history of trauma.

The National Book Award-winning Trust Exercise by Susan Choi (Holt McDougal, $15.99) also transforms by jaw-dropping leaps and bounds. First, we're introduced to ambitious students at a performing arts school, but before you know it, the script is flipped and suddenly we're contending with the nature of truth.

To call these "twists" doesn't even begin to do them justice. The Marbled Swarm by Dennis Cooper(Harper Perennial, $14.99) shakes the very foundations of what fiction is as Cooper seduces readers, with trademark luridness, into an appalling world of transgression; meanwhile, he slyly offers an invaluable lesson on storytelling craft.

But perhaps most earthshattering of all, the freshly minted Peaces by Helen Oyeyemi (Riverhead, $27) splinters expectations entirely. Each chapter left me gasping, WHAT?? And months later, I still flounder when explaining how an amusing train carriage getaway for two left me questioning some pretty fundamental elements of reality, like what it means to see.

I find fiction is most fun when it shocks me. I want to close a book feeling like I just got off a rollercoaster, eyes wide, heart in my throat, thrilled to the gills by breathless peaks and mindboggling drops. These authors definitely understood the assignment. --Dave Wheeler, associate editor, Shelf Awareness