PORT OF SPAIN, Trinidad – The Trinidad and Tobago government Saturday said it hopes to re-open the borders within the next four to six weeks as the country acquires more vaccines to curb the spread of the coronavirus (COVID-19) pandemic that has so far killed 556 and infected 25,801 others here. 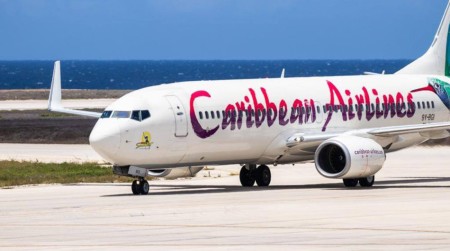 Prime Minister Dr. Keith Rowley, speaking at a news conference here said that discussions will be held with officials of the state-owned Caribbean Airlines (CAL) regarding the resumption of scheduled flights from the country’s two main international airports. The airline has been virtually grounded since the borders were closed in March last year.

“Just as we were in mid-March (this year) to do something about the border closure, we had that discussion yesterday and I hope to get a better result this time,” Rowley said, noting that a team, including the ministers of health and national security and CAL representatives will meet next week.

“In the coming days, probably on Tuesday, the team….would meet with Caribbean Airlines because it is the government’s position that within the next four to six weeks, we would do away with the border closure arrangement and exemption system because as we vaccinate and as vaccination has been accelerated in North America in particular, the situation is different now.

“The populations of North America and the Caribbean can now more easily mix and we are better able to manage people coming into the country and I look forward to the day when nobody will have to ask permission to come home,” Rowley said.

He said entry would be based on persons qualifying “to get in under certain circumstances which are your responsibility and not for the government to tell you nay or yeah and those details will come to you in the next few days.

‘By the end of next week, you will get the clear details as to what the open airport will mean and Caribbean Airlines will begin scheduled flights and persons coming into the country should be of the same ilk as to those who are coming to us from outside …but there will be controls and there will be categorization of your condition.

“I say no more on that today except to indicate that we are close to the point of removing the exemption border closure arrangement and of course removing the tax payer from being responsible for funding Caribbean Airlines 100 per cent while they don’t fly. Hopefully that will change very soon,” Rowley said.

He told reporters that the lockdown, which includes a state of emergency and a curfew had been ‘working well” and in this regard for the month of June there will be adjustments to some of the measures that had been put in place given that the health authorities were reporting a ‘slight” decline in the number of COVID cases here.

He said that the curfews on the weekend will now begin at 7.00 pm (local time), two hours earlier until 5.00 am.

“Let us do a bit more. We did behave very well I must say over the last two holidays and we expect that those two periods would contribute to the graph that we will see sometime soon. But come Friday evening we will not like this situation change much.

“That is how it will be for the month of June. Weekends are to be contributed to our efforts and during the day time it is not a free up party because there is no curfew on the day time. The order is to stay away unless you are categorized to come out, and that means you come out to work hugely aware of the need to work during a pandemic.

He said the government intends to operate the “vaccinate and operate” scheme by categories with vaccination programs being established for the construction sector with the anticipation that construction can start the following week.

He said a similar program will be put in place for manufacture ring sector.

During the news conference, Rowley said that it is the intention of the government to have a fully vaccination program in place over the next 12 weeks, as the country acquires vaccines from the African union platform, COVAX as well as the United States.

He said depending on the shipping arrangements “we would be able to vaccinate a substantial amount of people.

‘Our first target is half a million people in this country and based on the irons we have in the fire we can now, as I mentioned last week begin to accelerate our vaccination program because we can say we have vaccines for an accelerated program.

“If all goes well because you saw how things went pear shaped with the Astra Zeneca expectation from India. You saw how quickly it changed from India being the vaccinator of the world to the virus saying you (India) need some vaccines here and India became a requiring nation for vaccines, so it can change drastically.

“But assuming that it remains on track where the African platform will be serviced from the suppliers in the way that they are expecting now in the way that we paid into an allocation and the usage of what we are getting in programs we have going on, we can now fairly reasonably say that we are at the beginning of what is required to bring this infection under control to have some semblance of normalcy returning to our country and our lives, where we live with the virus as a vaccinated population>’

He said he is hoping that by September 1, “our target being when the schools open in mid-September we should be in a far better position and be more of a vaccinated population”.

Rowley, who is also the chairman of the 15-member Caribbean Community (CARICOM) grouping, thanked Washington for its decision to make at least six million doses of the vaccines available to Latin America and the Caribbean.

He said that there were several US legislators, including Maxine Waters, Gregory Meeks, Bennie Thompson, as well as the United States Vice President, Kamala Harris, who had been instrumental in ensuring that the region benefitted from the US vaccine initiative.

“The opening of the door for allowing the vaccine to come to us is a good step,” Rowley said.