FMC — A Hospital with a Caribbean Lilt

Serving the Lauderdale Lakes, Florida community for more than 40 years, Florida Medical Centre (FMC), part of the Tenet Healthcare Network, has been an important part of the medical care needs for the large, and growing, Caribbean residents in this city. 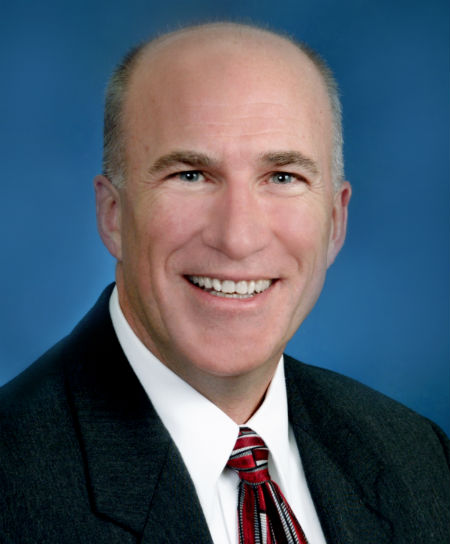 Jeffrey Welch, CEO of Florida Medical CentreIn fact, the large concentration of Jamaican residents in Lauderdale Lakes is a microcosm of the Migration Policy Institute’s statistics confirming that a growing share of the Black population are indeed from the Caribbean, Jamaica being among the top three countries, after Cuba and the Dominican Republic. And, as the only hospital in the city run by Jamaican-born Mayor Hazelle Rogers, FMC ‘speaks’ the language of its residents.

“We have an incredibly diverse nursing crew, many of them Jamaican”, remarked Jeffrey Welch, CEO of Florida Medical Centre and Tenet Health’s Miami-Dade Group of hospitals. “In fact, I was recently with a patient who said to me, you have a lot of Jamaican nurses here, and I love that we were talking about where we are from”, the CEO added.

But, over its four decades of service, FMC has not always enjoyed favourable reviews. At times seen as subpar in terms of cleanliness, outcomes, and medical technology, Florida Medical Centre has rebuilt its reputation as a hospital with a ‘community heart’ after years of negative perceptions. The past several years has seen FMC re-make itself with a completely new facelift, new and advanced medical equipment, and highly qualified staff. At the helm of the hospital, helping to turn it around is Welch, a 12-year veteran in the Tenet system of hospitals. He took on  the top position at FMC about a year ago and is committed to changing the view of the hospital.

Said Welch: “One of the things I like to do is bring in a team that’s a lot smarter than me, good people who really care and make decisions that’s best for our patients. That’s what lifts the whole culture of this organisation, one in which we are very focused on patient care, physician satisfaction, quality, safety. I wish I could go into any hospital and change the culture. But, it takes time. I think this hospital has really made some headway over the years”.

The hospital boss also explained that decisions on infrastructure and equipment are always based on what’s best for the patients and community, adding that some of the high-tech machinery the hospital has acquired is testament to its philosophy of patient care first.

“We have two robots for robotic surgery, which actually cost the hospital more, but it’s better for the patients. It’s less invasive for a lot of the procedures and it gets the patients out of the hospital faster. Our focus is trying to keep the community healthy, so they don’t have to come back”. 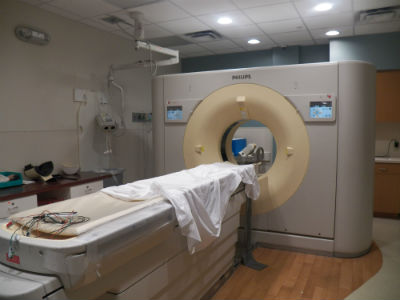 One of its newest pieces of medical technology is the Philips 256-slice CT Scanner. This machine, according to Welch, can scan any organ, particularly the heart or brain, and produce super clear 3-D images of the organ at every angle possible in less and a minute. And importantly, it emits less radiation than the traditional 64-slice version.

In addition to this, said the CEO, Florida Medical Centre is recognised as the first Comprehensive Stroke Centre, and the first Centre of Excellence for Bariatric Surgery and Robotics in Broward County, as well as being a certified Chest Pain Centre.

“So, all these accolades that we get for certification, it’s not just words. We have to go through a lot of regulatory review to get these certifications. It’s a lot of work and it takes a lot of time and effort, but it’s important for us to have those certifications to be able to serve our community. That way, our patients, our community members don’t have to leave the community for healthcare”, said Welch.

Indeed, this diverse city may include undocumented and/or uninsured residents who may be reticent to seek help from these institutions. But, Welch wants residents to know that they are welcome, and these conditions are not a factor in treating patients.

“Hospitals are responsible to take care of anybody that comes through our doors. If you have an inability to pay we take care of you as if you have the ability to pay. That’s what is so important about Florida Medical Centre and the importance of our location: We serve a diverse community, from people who can’t afford to pay, the charity care, the uninsured. We are a community built on care”.